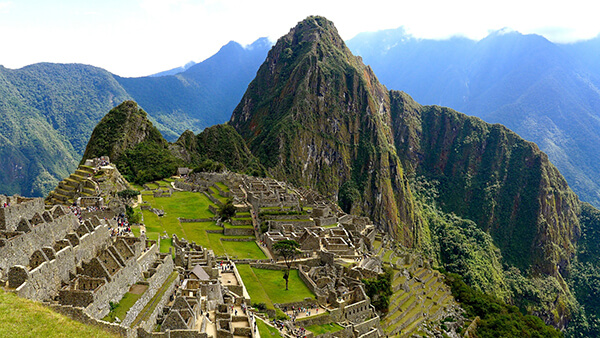 The CEO and Co-Founder of Prax loves a challenge. Heading up a global organisation requires resourcefulness, connections and a belief that anything is possible – traits which also come in useful when it comes to raising money for charity.

At the end of March, he swapped the boardroom for the open road and got on his bike for a gruelling 40-mile charity cycle challenge through some of Peru’s most testing terrain to raise funds for the Prax Foundation, Roots.

Despite this being one of the world’s most demanding bike challenges, he completed the many miles of single track Inca trails, extreme climbs and hair-raising descents in record time, and was rewarded with views of the breathtaking Macchu Picchu ruins. He was delighted to learn that he has exceeded his personal target to raise £20,000 through the fantastic donations and wonderful generosity of family, friends, colleagues and those working in the industry that supported this epic fundraising challenge.

The funds raised will have a hugely positive impact, and will help Roots reach even more children around the world, allowing the Foundation to provide further practical support to those who are desperately in need of help.

The Prax Foundation, which was established in 2010, is dedicated to supporting and improving the lives of abandoned and neglected children living in deprived areas of the world. It has become synonymous with above-and-beyond fundraising activities.

Any cookies that may not be particularly necessary for the website to function and is used specifically to collect user personal data via analytics, ads, other embedded contents are termed as non-necessary cookies. It is mandatory to procure user consent prior to running these cookies on your website.