The Story of Roots

Do you know the reason behind the establishment of the charitable foundation, Roots? 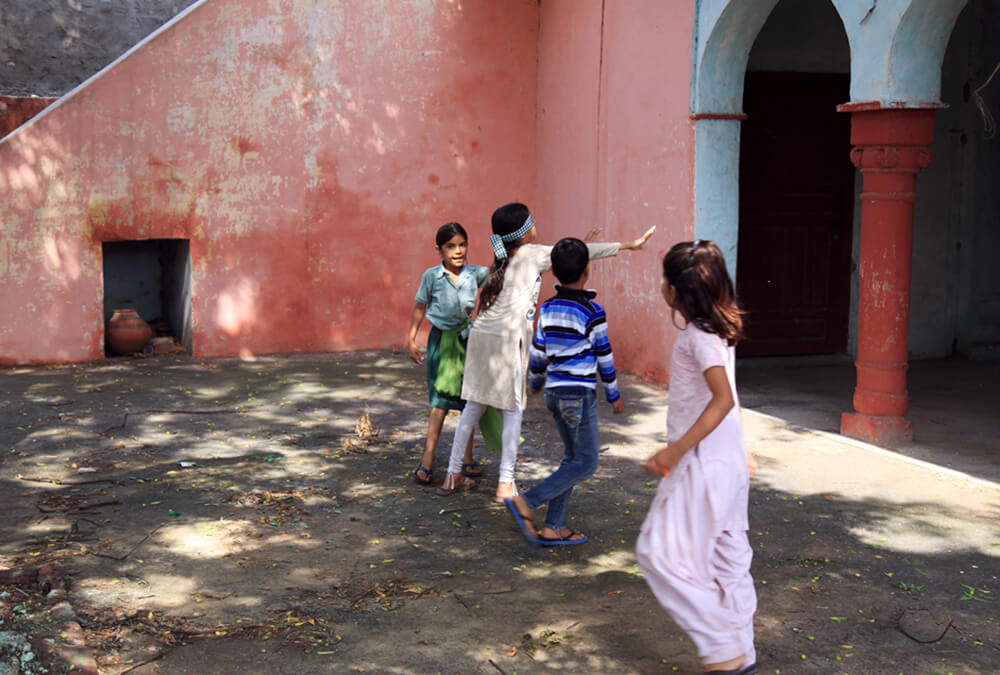 The charity’s founding trustees were born in Sri Lanka, and whilst their roots will always be in this beautiful tropical island nation, situated just off the south-eastern tip of India, they consider the UK home.

Sri Lanka was effectively torn apart by a bloody civil war, which began in 1983 and lasted for some 26 years. The devastation resulted in over a million lives lost – which is a truly frightening figure, especially for a country as small as Sri Lanka.

The fighting finally ended in 2009, but the scars of a war that lasted a generation are still felt today by the ordinary men, women and children who were caught up in that terrible conflict.

As the war had just ended, Sri Lanka was essentially still a war zone, but our trustees naturally wanted to do something to help. With determination in their hearts, they spoke to a Mother Superior in the Catholic Order of Carmelite Sisters, to ask for her advice. She explained that there was a small town in the north west of the island, called Adampan, in desperate need of help. Armed with this information, our CEO and his brother-in-law set off for Sri Lanka.

After many hours of rough driving from the capital city, Colombo, they finally reached their destination, where they found three nuns living in a shack, which had formerly been a convent. As the war had devastated the entire community, the nuns were living in abject poverty with 12 orphans, many of whom had lost their families. Those parents who had survived were suffering terrible injuries and were unable to take care of their children. The nuns had taken it upon themselves to support them all as best they could, and it was amazing to find such resilience in the midst of something so terrible.

The nuns and the children were promptly moved out of the shack and into temporary accommodation, while efforts began in order to build a new hostel for them. As the work on this hostel got underway, word soon spread and it wasn’t long before more people arrived, bringing with them even more children.

In 2011, soon after the first hostel was completed, it became abundantly clear that a second one was needed straight away to accommodate the growing numbers of children. A suitable location was found in Murankan, which as well as orphans, also takes care of children whose own families are no longer able to look after them, due to poverty, injury or illness.

Roots was formally established as a charity in 2010; the name having been inspired by the fact that our trustees’ roots are in Sri Lanka, and their first projects are based there. The charity’s objectives are to raise funds for Roots and to make sure these funds are used wisely.

The charity is currently responsible for the welfare of 80 girls, a number that is increasing all the time. As part of their development and ongoing education, the girls are actively encouraged to take up coveted scholarships at one of Sri Lanka’s 15 universities. Alternatively, placements are arranged for the girls as teaching assistants in local schools, or internships in shops and factories.

The hostels are currently undergoing refurbishment, with plans to eventually open refuges for boys too, although it is sadly the case that girls are the most vulnerable in Sri Lankan communities, as they often are across the world.

The Carmelite Sisters who take care of the girls are completely selfless, entirely unmotivated by monetary reward, and interested only in the welfare and education of the children in their care. They rotate between the hostels every few years or so, and make sure that the girls are well looked after. Each girl’s birthday is recognised, as are religious ceremonies and cultural customs. The trustees visit every year, and say that it’s really wonderful to see how the girls are growing and thriving.

Currently, the Prax Group is the major donor to Roots. It is the trustees’ intention to take Roots to the next level with the establishment of a steering committee that will come up with ideas to make the charity more international, rather than purely a UK-based initiative.

The charity is run on a zero cost basis, so every dollar donated goes directly to Roots. Even the charity’s volunteers count the money from donation boxes in their spare time, along with doing their own fundraising events and activities for Roots.

However, it’s not just financial benefits that make a difference. Every Christmas, the teams in the Prax Group’s Weybridge and London offices in the UK get together to pack “Love In A Box” gifts. These carefully wrapped presents – an expression of love and kindness – are given to every girl to show that she is being thought of. The girls really enjoy receiving these tokens of affection, so it’s always well worth doing! The charity also sends boxes of donated clothes, which are washed, cleaned and sent to Sri Lanka on a regular basis.

Long-term, the charity’s trustees would love to expand the foundation’s projects to other parts of the world, but it has proven difficult to find the right partners, particularly in countries where corruption is sadly rife.

In the meantime, all of the Prax Group’s Harvest Energy fuel stations have Roots donation boxes, so if you happen to be visiting one, do please give whatever spare change you can. Whilst you may not think that a few pence can make that much of a difference, to the girls and their communities, it is an incredibly generous donation.

Through random acts of kindness and like-minded people motivated by the heart, the charity – which has already established firm roots – will grow, prosper and blossom.